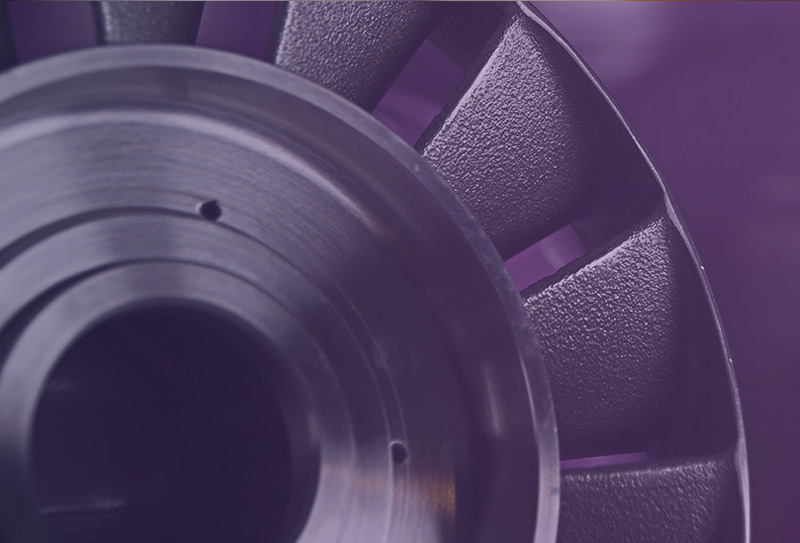 Torque converter stall is a commonly used term and is commonly misunderstood. Stall is the speed at which the converter will hold the engine speed and not allow further gain (i.e., the engine “stalls”). The key word here is engine. The speed at which stall occurs with a given converter is a function of engine peak torque. It is clear that the stall speed on a given converter will not be the same coupled to a tame small block engine when compared to a big block with all of the muscle features added. When comparing stall speeds it is important to account for the engine that drives it. True converter stall can best be determined when a Transbrake is used. Testing for stall value by locking the wheel brakes generally does not produce a true stall value because the engine power can often cause wheel turn by overpowering the brakes. Stall speed determined by this method should be identified as such when discussing stall speed determination. Flash stall is determined by launching at full throttle and observing the peak speed attained at launch. Selection of the right stall speed for your vehicle should be matched to the engine peak torque, engine torque curve shape and vehicle weight. In general, the stall speed selected for your converter would be 500 to 700 rpm below the peak torque. This speed allows the margin for application of the torque reserve on takeoff. When selecting stall speed without having prior experience to go by, it is better to conservatively estimate the engine torque than it is to over estimate it. If you over estimate the torque output you will have a converter with a stall speed too low, making your car slow off the line and have slow ET. A properly selected stall speed will give you better launch and better ET. You can see why it is important to consult with professionals prior to making a stall speed selection. Within the converter, stall speed is balanced off against inefficiency after launch. Getting desired stall at the expense of performance after launch is just as costly as improper stall speed to begin. The optimum converter has careful selection and design of changes to the impeller, turbine and stator.

2. How can I determine the stall speed of my converter?

Stall speed is very difficult to determine unless your car is equipped with a Transbrake to lock your drive train. Testing stall speed by holding the wheel brakes and running the engine against the locked brakes will usually result in wheel rotation before true stall speed is reached. The engine simply overpowers the ability of the brakes to hold the car. When rotation starts you are no longer at stall. For this reason people talk about brake stall which is not a true stall at all. An alternative method of measurement is to launch at wide open throttle and observe engine RPM reached at launch. This is flash stall.

3. Why is proper stall speed important?

Stall speed should be matched to engine performance, the car weight, tire size and gear ratio. Proper selection of stall spec will make for quicker launch, better 60 ft. time and better ET. It is very important that these parameters be specified when ordering a converter to assure satisfaction.

4. Why is stall speed different with the same converter on different engines?

Engine output is what really determines stall speed for a given converter. For this reason the converter you have been using may not be adequate when you improve performance of your engine. This is particularly true in using an improved camshaft. Improving heads, carburetion, installing turbos or manifolds can all affect stall speed. Remember, you want to have stall speed matched to your particular car combination.

5. What are flash stall, brake stall and true stall?

The truest definition of stall speed can only reliably be determined in conjunction with a Transbrake. Wheel brake stall is determined by locking wheel brakes and running the engine against the locked brakes. As discussed above, the engine will usually overpower the brakes and wheel rotation will begin before the true stall speed is encountered. Flash stall is observed by launch at full throttle and observation of peak RPM at launch.

6. Is stall speed the only consideration in selecting a converter?

While stall speed is very important it is by no means the only consideration when selecting a converter. Torque multiplication at launch and high end efficiency are equally important. Stall speed can be attained in many ways that cripple the converter in other ways. Stall speed can be obtained at the expense of looseness at low speeds and loss of performance at higher speeds after launch. You want a converter that produces the right stall without sacrificing performance down the street or down the strip.

Normal driving is not affected by stall speeds up to approximately 3000 RPM, particularly with a good converter. A car will begin to roll normally when a higher stall speed converter is used. Quick acceleration will be favorably influenced by stall speed. A very high stall speed (above 3000 RPM) would not be satisfactory for street use.

8. Is an additional oil cooler required with high performance converters?

An additional oil cooler is not required for high performance converters used in typical street or strip applications although added cooling is a good thing. Care should always be exercised when runup is made at the start line. Any excess time at stall puts the converter at risk due to heat build up. This type of heat buildup would not be saved with a cooler due to the time involved to get rid of the heat. If a vehicle is to be used in towing, an added cooler is a must. However, for normal use, added cooling is not required. The better the converter is designed, the more efficient it will be and the lower the amount of heat that is generated.

9. When should I consider a transbrake?

A Transbrake is used to launch with quickness and repeatability. Use of the transbrake allows the engine to launch at near the optimum speed for maximum performance which gets a better 60 ft. time and ET. That is why proper stall speed is important. A Transbrake is typically suitable only for the strip and would not be suited for most applications that would involve street use.